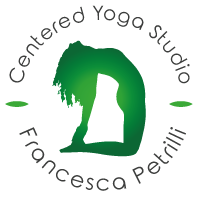 What is Centered Yoga?

A BRIDGE BETWEEN THE ANCIENT WORLD OF YOGA AND THE FUTURE

Born as an interpretation of the Iyengar method, following Holleman’s personal relationship with her great and only teacher B.K.S. Iyengar, Centered Yoga is a method that has been developed by over 60 years of study, practice, and teaching in the field of yoga.

All of Dona’s spiritual and “mental” training has been channelled into the Centered Yoga. Baptized in to the theosophical religion, from adolescence on, she encountered and followed the teachings of Krishnamurti and studied the shamanic texts of Castaneda, from which she drew her philosophy of life and teaching. Moreover, the Centered method is enriched, within its theoretic structure, described in the Eight Vital Principles of the Practice, by the work on breathing resulting from the friendship with Vanda Scaravelli.  Dona has provided a female interpretation to the Iyengar method and, after having read the book The Thinking Body by Mabel Todd, she has positioned at the core of the method the respect and care for the body according to the natural laws that govern it. The human being in its entirety as a marvellous instrument of balance lies at the centre of this approach.

Centered Yoga is based on the Eight Vital Principles of the practice: 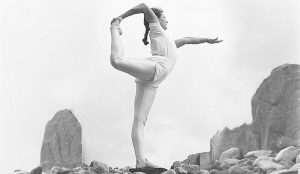 In the 60’s Dona meets Krishnamurti, with whom she enters into long conversations in Gstaad, Switzerland, and from his teachings she develops the concept of the meditative mind and total attention, or the non-action of the mind, in other words entrusting oneself to the ancient brain to perform the asana, as opposed to the modern brain where thought resides. Whereas in the sutra of Patanjali (Dhyana) this concept is the culmination of practice, for Dona Holleman it’s the fundamental starting point.

Thanks to Krishnamurti, Dona makes the acquaintance of B.K.S. Lyengar and in 1964 and then in 1969 she travels to India to receive directly his precious teachings, one on one, teacher to student. She learns from Iyengar the traditional discipline and the physical techniques of hatha yoga from which she will draw the principles of alignment and elongation.

She introduces Iyengar yoga to Europe for the first time and from 1964 to 1969 she sets up the B.K.S. Iyengar Yoga Work Group in the Netherlands and begins to train teachers. She works with Victor Van Kooten, Angela Farmer, John Schumacher, Patricia Walden, Maxine Tobias, Mary Stewart, Gabriela Giubilaro, Emilia Pagani and many others. In the 1980’s she distances herself from the Iyengar international community, but she continues practicing and pursues in her studies the pillars of the teachings received from her great mentor, inviting all her pupils to follow the original and pure tradition of the method.

The third vital principle, intent, is inspired by Castaneda and the ancient shamanic wisdom of Don Juan. Intent is the Force that moves the Universe and is channelled to perform the asana by visualising the process of what must occur.

She deepens her knowledge, together with Vanda Scaravelli, of breathing techniques and the bandha without which an harmonious practice and plastic body cannot be achieved and yoga would be mere physical exercise.

In 1980 Dona reads The Thinking Body of Mable Todd, a decisive book that will enrich and change her already mature practice. From the encounter with Todd’s work, the third and fourth vital principles of Centered Yoga are born, rootedness, channelling the force of gravity (thrust-counterthrust) and centering.

Regarding the second principle, the relaxation of the body or the inactive state of the body, Dona takes inspiration from the Taoist concept of wei-wu-wei or “doing without doing”. By aligning the body with the force of gravity and receiving its rebounding force, we are able to channel the energy in the hara (the center of the body), both upwards and downwards, thus diminishing the drag of the body and increasing the vital strength of the energetic body, reasserting the meaning of the word a-sana (position without effort).

The Eight Vital Principles must be implemented practically and simultaneously in order for them to work, just as white light disperses in a rainbow. 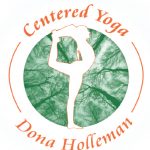